Saratoga Woods is another great neighborhood in the southern portion of Louisville's East End. Just down the road from Stone Lakes, Saratoga Woods has a similar feel with lots of rolling hills and a good variety of homes at just a bit lower price point. This neighborhood began in the early 1990s and quickly built out the subdivision. Saratoga Springs is a newer neighborhood just down the road that's much smaller but still has some lots available for new construction.

In some respects it's like the Polo Fields with the hills and age of homes but closer in towards Jeffersontown. If you're looking for a home in the $225k-$325k range, be sure to check out any homes for sale in Saratoga Woods.

The ZIP codes that can be found in the Saratoga Woods neighborhood are: 40299.

All of these Saratoga Woods homes for sale are currently active listings in Louisville Kentucky but that could change at any time.

It's my pleasure to take photos of some of Louisville's best neighborhoods and publish them here for you. Please click on any of the photos below to view larger ones. 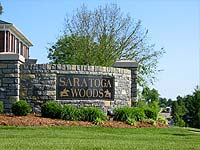 Here is the signature entry into Saratoga Woods, just off Taylorsville Road, still inside the Gene Snyder Expressway. You can see the main boulevard coming back up the hill in the background. 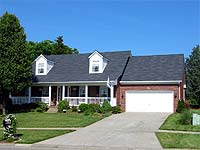 This traditional 1-1/2 story home has a nice front porch and sits on a cul-de-sac. Homes like these are very popular in Saratoga Woods. 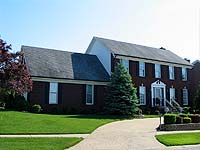 Once again the traditional, brick two-story makes an appearance in this neighborhood like it does in neighborhoods across the City of Louisville. 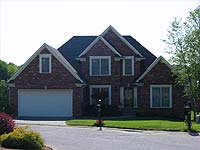 Here is one of the larger homes in Saratoga Woods and shows the owners proud by how well they've maintained this property. 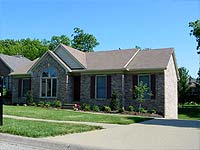 Here is a great, brick Ranch with a walk-out basement which contains the garage, entered from the back. 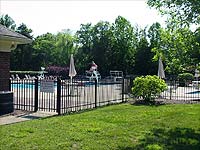 Saratoga Woods has a community pool which is covered as part of the association dues for this neighborhood.

Want to Sell Your Home in Saratoga Woods?

The first step is finding out what your Saratoga Woods home is worth. It will be my pleasure to serve you!

I'll come by your home for a quick tour, then I'll create a custom Current Market Analysis (CMA) for your home, based on the best, recently sold comps. We'll schedule a time to meet and discuss the findings and take it from there. No obligation whatsoever.

My Internet experience is second to none, in all of Louisville real estate. Because of this, your home will get more exposure to more home buyers than competing Louisville properties. Which means it will sell faster. 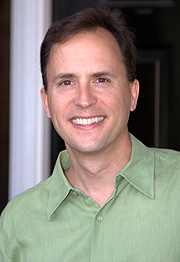