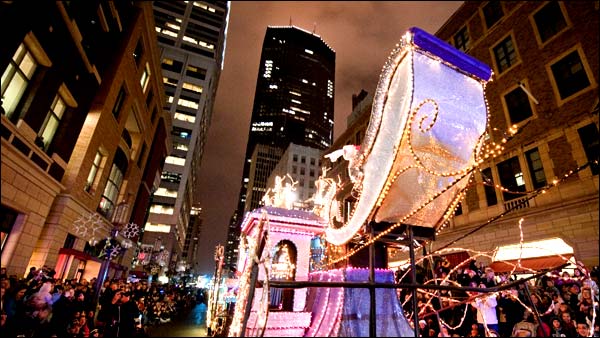 4th Street Live has been a big factor in rejuvinating Louisville's downtown. Here you see the magical Christmas parade.

Louisville, Kentucky has a great deal to offer singles, couples and families looking for a new city. Did you know we're the nation's 16th largest city? Yet, almost everything is within 20-25 minutes drive.

Below are a list of some of the best Louisville attractions. If you feel that I've left off an important Louisville link please send me an email and I'll add it. I'm happy to promote our great city of Louisville, Kentucky. If you need Relocation Services, I'd love to help you!

There's definitely more... I just don't have time to put them all up!