Moving is a big deal. Moving to a new state is an even bigger deal! Relocating to Kentucky doesn’t have to be a major problem. With some great advice and proper planning, your move to Kentucky could be the best thing that ever happened to you! 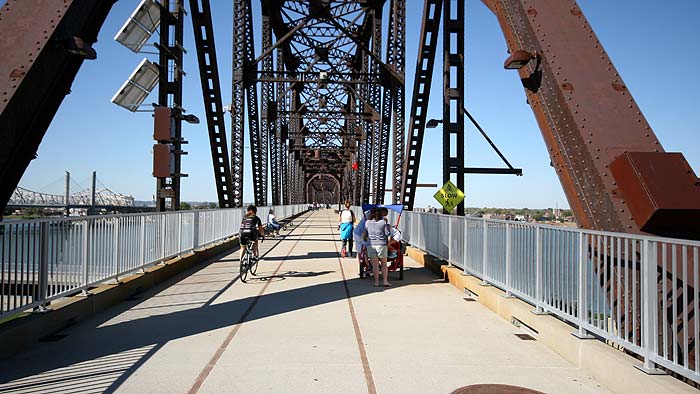 First, I’ve recently updated my Top 10 Tips for Relocating to Louisville. If you’re moving to Louisville, Kentucky, great! I’m always happy to help. Looking at another city in Kentucky? Just let me know, I might know a great agent who’s an expert in that city.

This article isn’t about specific tips about relocating, like the one linked above. It’s about the bigger picture. It’s about why relocating to Kentucky is a wonderful thing. Once you’ve read it, I believe you’ll feel the same thing.

Step one, check out our tourism site. It contains a ton of information covering things that visitors might like to do on a weekend trip. But those same amenities are available to residents… any day we like! It’s easy to forget, right?

Things like touring bourbon country. Bourbon is the latest worldwide craze! Kentucky is the birthplace of bourbon in America. There are so many great distilleries here with more on the way.

Love horses? You’ve come to the right place! Besides the most famous two minutes in sports, we have horse farms that are gorgeous to see in person. They also bring business and jobs to our state. If you’re looking for a career with thoroughbreds, then Kentucky is your heaven on Earth.

I could go on and on, but trust me, there’s more to Kentucky then simply bourbon and horses. There’s so much great outdoor activities with our many beautiful lakes and scenic outdoors. Louisville is now calling itself the City of Parks.

Until you see it for yourself, it won’t truly hit home.

Kentucky Is Moving Ahead

Odds are, if you’re considering a move to Kentucky, there’s probably a new job involved. While Texas is leading the nation in capital investment projects, Kentucky has been in the Top 10 the last couple of years. Even better Kentucky was #1 in project per capita in 2015 and #2 the following year. Clearly, there’s a lot to be excited about in Kentucky.

While some national media create rankings based on a complicated algorithm that changes every year, it’s better to look at real numbers. Forbes says Louisville is #1 in manufacturing jobs. Wallethub says Kentucky’s two largest cities—Louisville and Lexington—are also two of the Top 10 best run cities in the nation. Did I mention Google fiber recently picked Louisville to bring in their award-winning internet? Yeah… that’s pretty cool.

According to the Governor’s website,  more than 37,000 new Kentucky jobs have been created since Matt Bevin took office.  With a great deal of new revenue re-invested in the state, he’s gone on record saying:

“My vision is for Kentucky to be the undisputed center of engineering and manufacturing excellence in America.”

So far so good Mr. Governor. Keep it up!

There’s this narrative about certain places. We’ve all heard them. Many things said about Kentucky are simply not true.

Before I wrote this piece, I Googled “relocating to Kentucky” to see what came up. The top rated article was called “21 Things To Know About Kentucky Before Moving There.” Now listen, most of what she wrote is true but I need to correct a few of her “things.”

Here’s the bottom line: Kentucky is full of real, down-to-Earth people. Nice people. And doesn’t that make everything better?

It’s also a place where you can experience all four seasons, not simply bitter cold all year round. Variety is the spice of life.

Relocating to Kentucky Is Simply a Great Idea

There’s a great deal more I could write but you get the idea. Kentucky is a wonderful place to live. So if you’re thinking about relocating to Kentucky… good on you!

If Louisville is your target town, here is the Best Louisville Relocation Guide you can find anywhere. And if you have any questions, please contact me. I’m always happy to help!